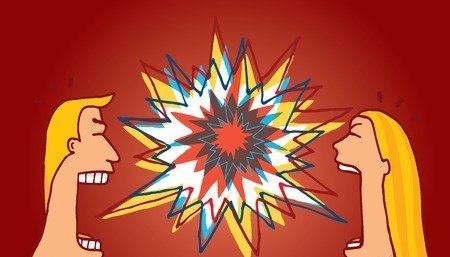 Has this ever happened to you? You are in the midst of a crucial conversation and the other person becomes very emotional or intense. They might even begin to yell or behave in a hostile fashion. Most people will the get drawn into a discussion of this inappropriate behavior. The conversation may then continue along the lines of :

The next time someone engages in an (inappropriate) emotional outburst during conflict, resist the temptation to start talking about how they are communicating and stay focused on the core issue as much as possible. This doesn’t mean to let others bully or to continue to be mean, rude and nasty. However, if you can use other assertive techniques first (like the feel, felt, found technique) instead of calling out their behavior, you stand a greater chance of reaching resolution on the core issue.

Avoid the biggest conflict mistake you perhaps didn’t know you were making. Avoid meta-communication in the midst of conflict and stick to the issue at hand.